One Week In: What I’ve Learned 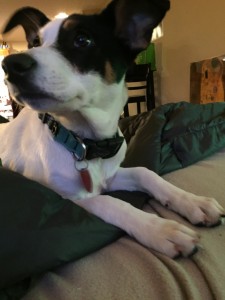 Here I am, one week in to starting Our North Seattle officially, and I’ve already learned a lot.  So don’t mind me as I settle in next to my little buddy here to reflect on some of the things I’ve learned about North Seattle as a community.

North Seattle Community Members Care
Nothing has been more clear than the fact that North Seattleites care a great deal about their community.  Within hours of kicking off my first post, I was inundated with messages and emails from caring neighbors who wanted to meet up to talk about their love for this neighborhood.

Local Businesses Still Struggle
Yes, our economy is booming.  However, I still see local small businesses struggling, especially here in North Seattle.  My hope is that as we continue this blog, I can help be a voice for local businesses.  I have some thoughts on how to connect more community members with local businesses, but please let me know if you have any thoughts yourself! Small business is so important to our community and I hope to encourage this as much as possible.

North Seattle Gets the Short Shrift
Yes, we all know that we lack sidewalks.  However, because of how we were annexed to the rest of the city, it’s becoming more and more clear to me that we are unable to centralize, organize, and represent our views.  As we were added onto the city, considerations were not given to optimizing community.  Since then, the city has largely been able to ignore our area because of our lack of representation on City Council and City boards.

North Seattle has the Most Potential
Take all of the above and put them together – we have the biggest room to grow as a neighborhood or collection of neighborhoods.  I think with the people that are here – these people who care so much, with a couple of pushes, we can become one of the leading areas of Seattle

What else should I learn in the next few weeks?  How do you think we can help our community grow together? I welcome your thoughts – and thanks for joining me!

by Nate Strong
356 Comments on One Week In: What I’ve Learned
Blog News

by Nate Strong
1 Comment on Welcome to North Seattle