There are so many great food options in Seattle that it’s hard to pick our top five. But what if you want to get your dinner delivered? We have broken down our top five takeout food spots in Northeast Seattle. These are the local spots that either deliver food themselves or partner with companies like Amazon Restaurants and UberEATS. If you’re looking for more specific information about the meal delivery services available in your area, check out The Food Oasis for handy guides.

5) Jewel of India – While our favorite Indian food in the city might be up in Northgate at Saffron Grill. But for takeout? ‘Jewel of India’ is tough to beat. Definitely some of the best you can get delivered to your door.

4) Teriyaki Time – Big portions, and some of the best spicy teriyaki chicken you can get in North Seattle, definitely worth getting Teriyaki Time delivered. They have some of the fastest delivery times we’ve seen yet, so if you’re hungry right this second, this is a great option.

1) Phayathai Lake City – By far the best Thai food we’ve had in Northeast Seattle. Their phad thai is amazing, the curries are perfect. It’s hard to argue with a great Thai restaurant that keeps a dinner for two under $25 as well. Five stars from us!

If you’re looking to go out for dinner, check out Eater’s guide to the top 38 restaurants in Seattle here. Seattle Mag also has a good list here.

What are your favorite delivery restaurants in North Seattle? Let us know in the comments below! 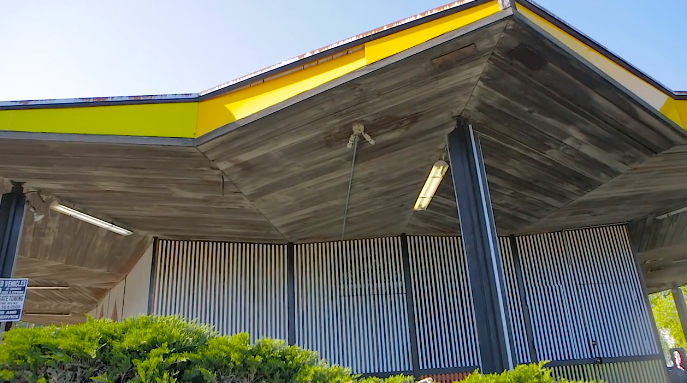 by Tyler Jones
No Comments on The Growler Guys: Giving New Life to a Lake City Icon
Local Business

Hellbent Brewing Company (@HellbentB) is the newest Brewery on Lake City Way, and let me tell you – from anecdotal evidence it seems to be the new De Facto meeting place for all things Lake City.  Since opening just a little bit ago, this place seems to be the Lake City Hangout.

Since starting this blog, I’ve been scheduling times to meet with several local leaders and businesspeople to talk about what they do – and almost all of them end up being at Hellbent Brewing.  I also go there with my friends and it is always packed, even on weeknights.

But I can see why – it’s got great beer, is committed to the local community, is dog-friendly, and has a great atmosphere.  What’s not to love?

With Lake City being one of Seattle’s “up and coming” neighborhoods, though, this seems to be about right.  Here’s a place that can be looked to as a great community highlight as we’re showing the rest of Seattle that this is a great place to live.

Anyone else seeing a community shift to meeting/hanging out at Hellbent?